Originally from Ireland, Adam moved to Singapore from Paris when he was 14 and studied at Stamford American International School from Grade 8 through to graduation. The school has allowed him to “pursue opportunities and experiences in a unique way unlike many other educational institutions.” Adam further adds that Stamford American International School has “empowered me to grow and become a more ambitious individual.”

Check out other Alumni Stories and University Offers at Stamford American International School.

DESCRIBE YOUR EXPERIENCE AT STAMFORD AMERICAN INTERNATIONAL SCHOOL IN 5 WORDS

Stamford has been an engaging, progressive, versatile and memorable experience for me.

HOW HAS STAMFORD AMERICAN INTERNATIONAL SCHOOL EQUIPPED YOU BEYOND SCHOOL?

Many of the activities I took part in, permitted me to expand my horizons and discover where my interests were. From participating in sports and musicals to leading the Model United Nations Club, Student Council, and National Honor Society, these experiences have endowed my sense of responsibility and leadership skills.

WHAT ARE THE MEMORABLE EXPERIENCES IN STAMFORD AMERICAN INTERNATIONAL SCHOOL THAT HAS HELPED YOU IN ACHIEVING YOUR RESULTS?

One of the most memorable experiences was the Field Studies expeditions to the Yunnan Province of China and the Himalayas in Nepal with my fellow classmates, teachers and facilitators. These experience allowed us to forge closer ties with one another along the way through vigorous challenges and erudite conversations. However, hosting SEASACxSAISMUN was also an incredible experience for me. It was a dream to host a conference of our own with my team, which culminated years of hard work having travelled across the world attending a myriad of conferences. In particular, these experiences have helped me learn more about myself and the world around me.

TELL US YOUR CHOICE OF UNIVERSITY AND WHY THIS IS YOUR CHOSEN PATHWAY?

After founding Model United Nations (MUN) at Stamford in 2014, I was introduced to international courts such as the ICJ and ICC, and took part in many simulated court trials. My interest in Law peaked through extensive reading and research after activities as such along with internships during my own time, and thus led me to apply to one of the top law schools in the world – the London School of Economics and Political Science (LSE) – to study Law (LLB Bachelor of Laws).

I am confident that my experiences have led me positively in the direction of studying the intricacies of law. As it is, I have been accepted by LSE and will commence my studies this October!

Don’t forget to check out 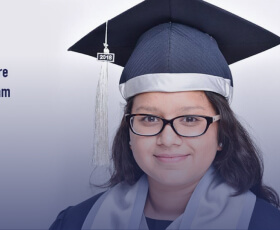 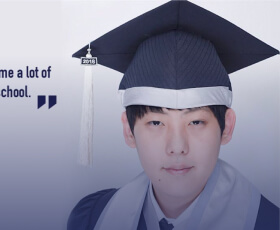